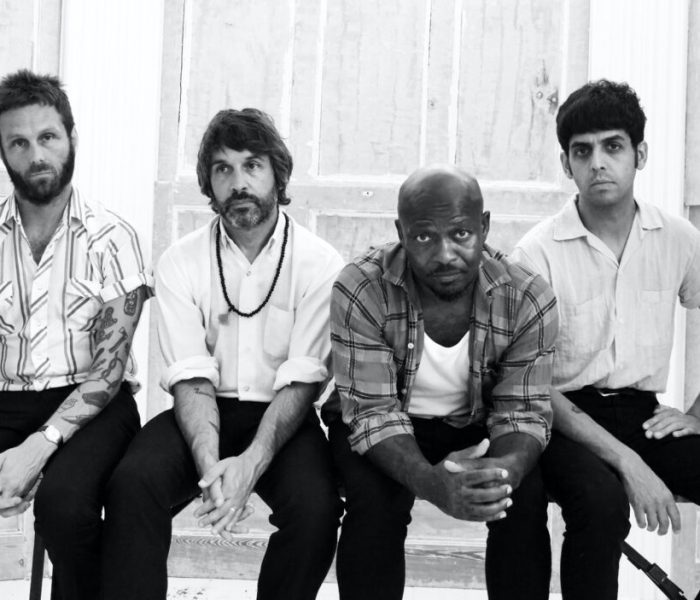 The Heavy have announced their brand-new album AMEN out on April 21st and available to pre-order now here. Marking the announcement, they have unleashed the first taste of the record with new single ‘Hurricane Coming’.Tearing through like a buzz funk tornado, ‘Hurricane Coming’ kicks the door down on the new era of The Heavy, opening their sixth album with an exhilarating maelstrom of ‘60s R&B riffs, horns and gospel harmonies.It has been inspired by frontman Kelvin Swaby being caught up in Hurricane Irma soon after moving to the US. “The power of that, and it only touched us at, like, a one,” he recalls. “It’s just the way that relationships are as well. It was like ‘just be careful of taking something beautiful for granted.’ Don’t take people for fools. There’s always something waiting, lurking, even…”

With Daniel Taylor (guitar), Spencer Page (bass) and Chris Ellul (drums) remaining in the UK, the trans-Atlantic four-piece are embedded deep into Western pop culture. Their inescapable back catalogue has made them mainstays of modern radio, TV, cinema and gaming which is, subconsciously or not, familiar to millions and has knocked Mark Wahlberg for six, swept Obama to a second term and battered at the winter cabin windows of Tarantino’s The Hateful Eight along the way.Their corrupted R&B power is unstoppable and, revived to full blast from the pandemic lull, they’re hurtling into 2023, whipping and writhing with seditious blues drama, soul and gospel passion, the crunch of prime hip-hop and garage punk’s visceral electricity pulsating through AMEN.

Elsewhere on the new album there’s the grimy swamp glam of ‘Bad Muthafucker’ and gnarled roadhouse rocker ‘Stone Cold Killer’ (about Dan’s new kitten – “that beautiful thing kills everything”) that bristle with the same untamed energies, inspired by Dan’s recent submersion into the YouTube channel of Alan Lomax’s classic field recordings, while AMEN has further broad stylistic sermons to preach.

‘I Feel The Love’ jumps with the Pentecostal pop fever full of Mississippi heat. ‘Ain’t A Love’ tells the story of a deceitful old flame returning to town in dark, lumbering tones akin to a Morricone carnival. ‘Messin’ With My Mind’ imagines The Stranglers as a bunch of ragged Southern shack shakers. And ‘Whole Lot Of Me’, ‘Feels Like Rain’ and ‘Without A Woman’ evoke the string-drenched classic soul of Sam Cooke and Curtis Mayfield with a sly modern crackle.