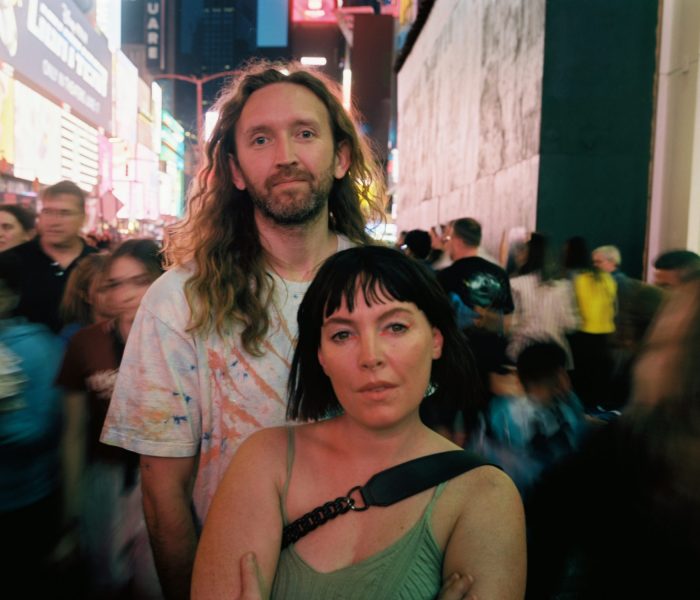 At the beginning of 2022, Sylvan Esso packed up and headed west. Cramming the contents of a recording studio into their Prius, Nick Sanborn and Amelia Meath drove from their home in Durham, North Carolina toLos Angeles, where they set up a makeshift studio in a small rental house on the east side and did something that surprised them: they wrote a song. And then another. “Even if we weren’t feeling good, we would just sit down and try to make something,” Meath says. “Pretty much every day that we did that, we got a song that we liked.”Some bands can create entire albums on short-term writing jags, but until now, Meath says, Sylvan Esso was not one of them. But that speed—and the resulting looseness and live-wire energy in their songs—is one of many things that feels like brand-new territory in No Rules Sandy, their fourth studio album, out August 12, 2022. Describing their first three albums as a trilogy that is now complete, Meath and Sanborn see No RulesSandyas the beginning of a new period, with songs that are “wilder and stranger and more cathartic than the band used to be,” as Sanborn puts it. “It feels like who we actually are,” Meath adds. “It just feels like us. We’re not trying to fit into the mold, just happily being our freak selves.”