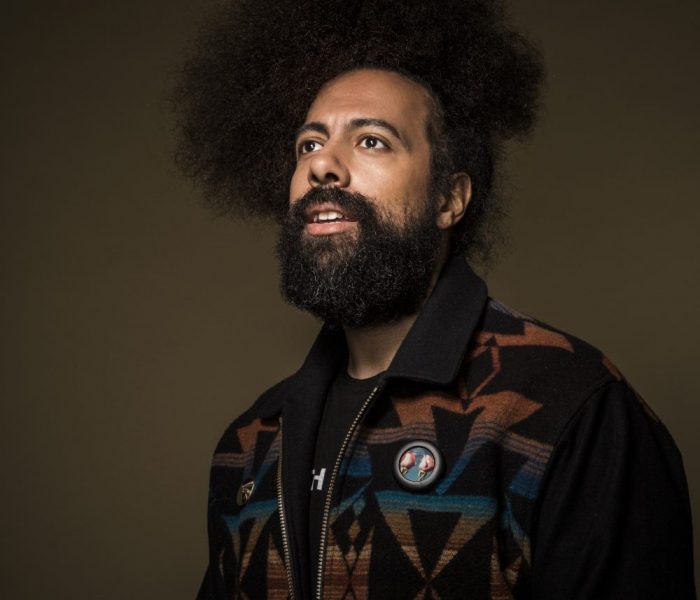 Reggie Watts is an internationally renowned Musician/Comedian/Writer/Actor who currently
stars as the bandleader on CBS’s The Late Late Show with James Corden. Using his formidable
voice, looping pedals, and his vast imagination, Watts blends and blurs the lines between music
and comedy, wowing audiences with performances that are 100% improvised.
Watts’ first Netflix special Spatial released to massive critical acclaim, with the New York
Times calling it “a giddy rush of escapist nonsense” and dubbing Watts “the most influential
absurdist in comedy today.” The A.V. Club described Spatial as “signature Watts, meaning it’s
alternately exhilarating, silly, exhausting and transcendent,” and Exclaim! Magazine called his
performance “engaging, absurd, thoughtful and, most importantly, wholly unpredictable.”
As a solo performer, Watts brand of musical/comedy fusion has led to sold out headlining tours
in the U.S. and Europe, including festivals such as Bonnaroo, SXSW, Bumbershoot, Just For
Laughs, Pemberton and more.
Last year, Watts released his own content app called,WattsApp, a techno-savvy look into his life,
work, and techno junk drawer. WattsApp has all original content including a show
called, Droneversations where he interviews guests while it’s filmed by drones along with other
fun content.
In 2010, Watts released his debut comedy special, Why Shit So Crazy? on Comedy Central
Records, and is now available to stream on Netflix. Why Shit So Crazy?featured Watts in live
performances at New York venues such as Galapagos, The Bellhouse, and Le Poisson Rouge,
bookended with brief sketches and music videos. Later that year, at the invitation of Jack White,
Watts recorded Reggie Watts: Live at Third Man Records which was released in limited edition
vinyl. In 2012, Watts recorded his second comedy special, Reggie Watts: A Live At Central
Park, which was released by Comedy Central.
Watts was born in Germany, raised in Montana, and currently resides in Los Angeles